The way to connect File Storage to an instance depends on the operating system and the storage access protocol selected when it was created:

NFS storage in Windows is mounted using a client that is installed additionally.

The NFS client can be installed via the GUI or using Powershell. To install in graphical mode, open the Server Manager console and select the (Features) component called Client for NFS. 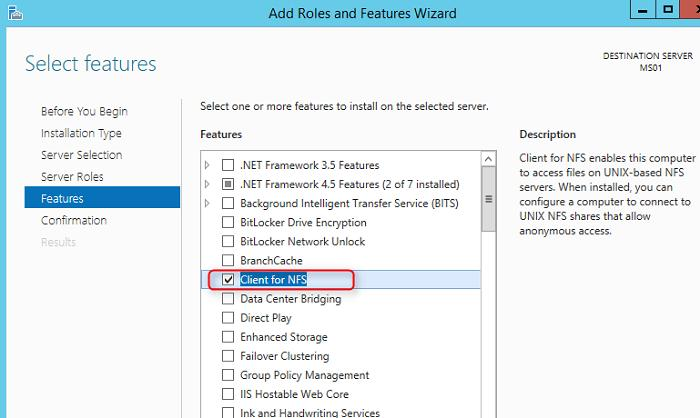 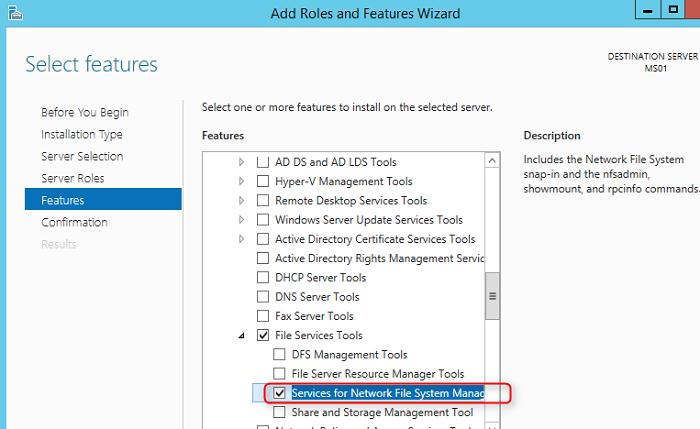 All of the above system components can be installed with just one Powershell command:

After the installation is complete, launch the Services for Network File System Managemen console and open the Client for NFS properties window.

In the NFS client settings, you can set:

After configuration and under the administrator account, you can mount the NFS directory using the command described in the properties of the created NFS file storage: 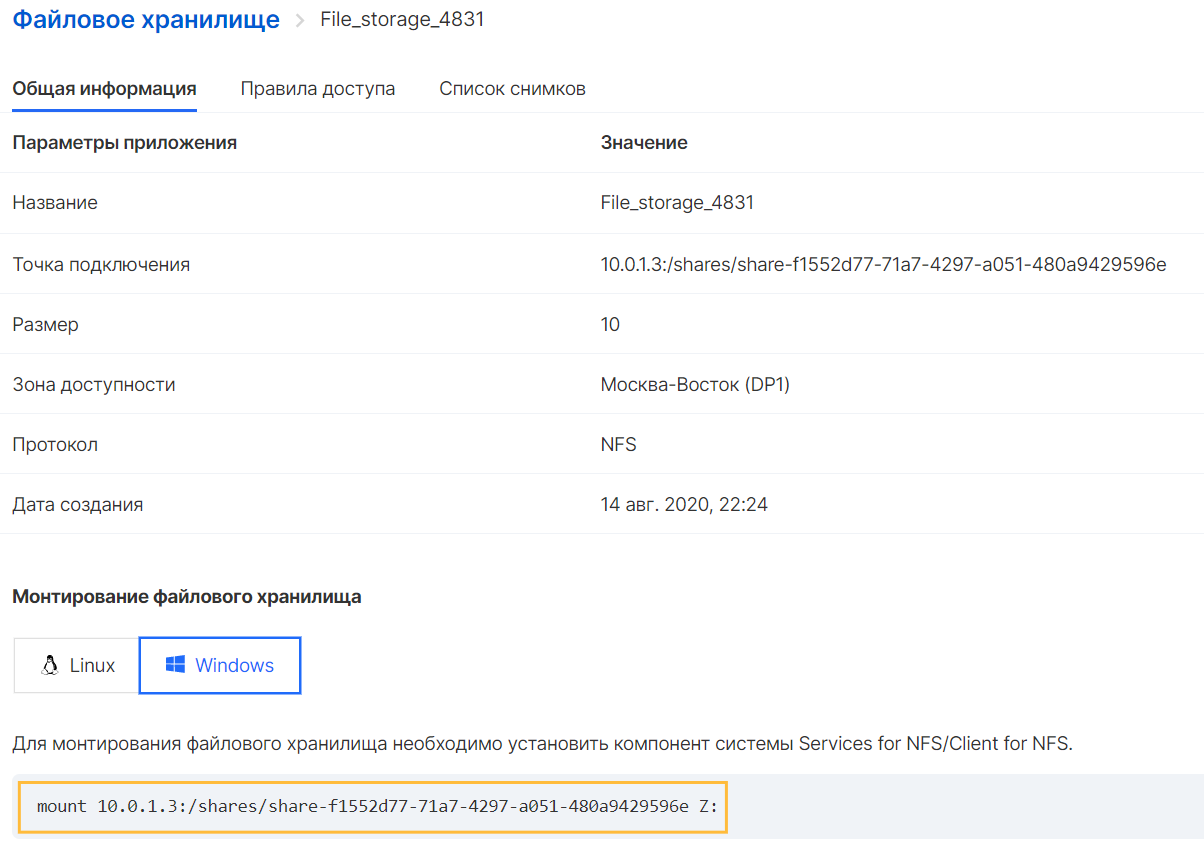 Since the CIFS protocol is already present in Windows by default, the connection can be made without installing additional components.

To connect, run the command specified in the properties of the created CIFS File Storage: 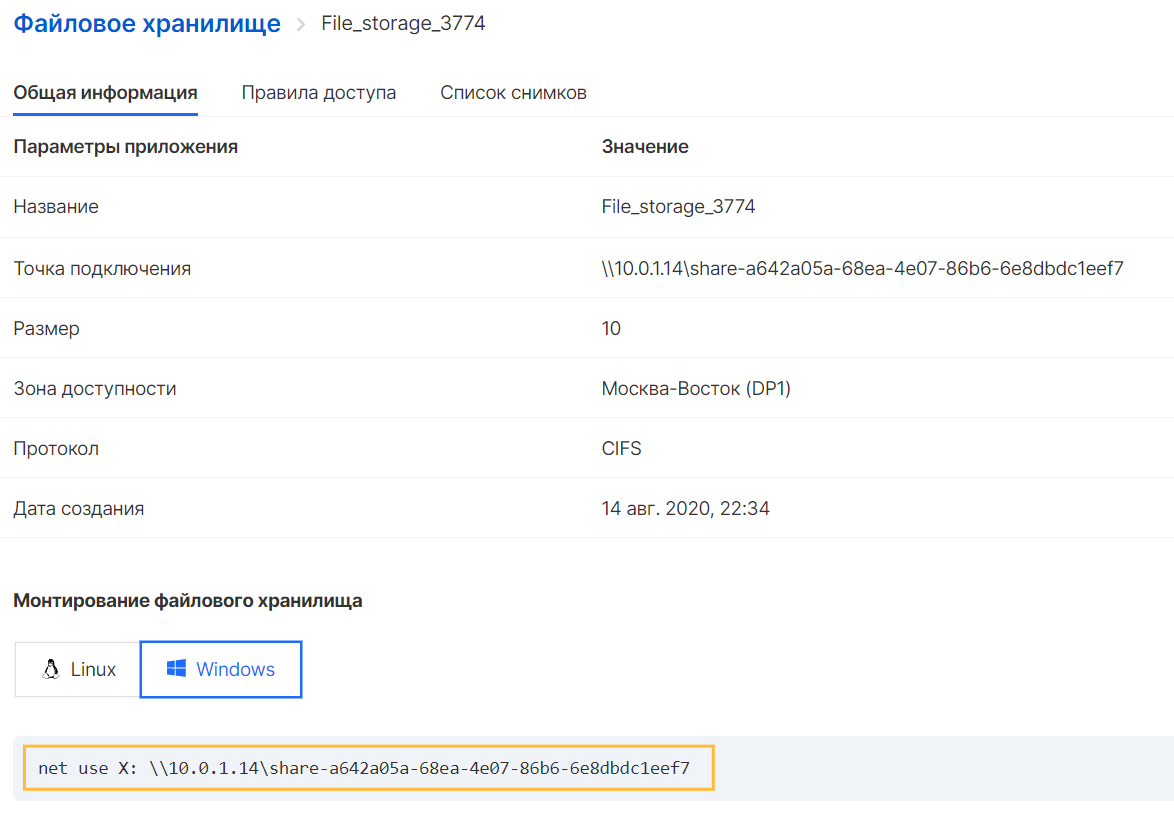 Before starting to mount an NFS share, make sure that the nfs-common package is installed

After checking or installing the package, it is enough to use the command specified in the properties of the created NFS storage: 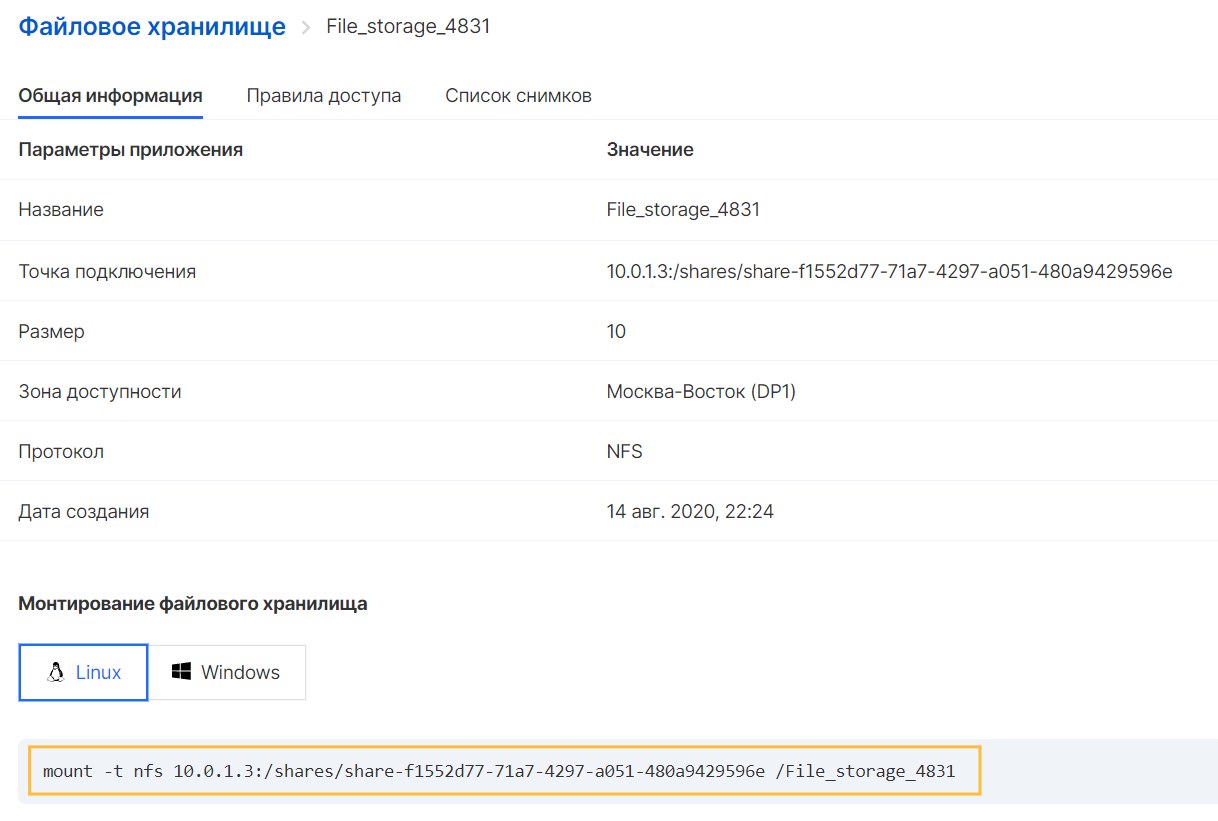 To mount a CIFS file storage, you need to install a set of utilities:

After the packages are installed, you need to create a folder to mount the repository:Then use the mount command available in the properties of the created CIFS repository: 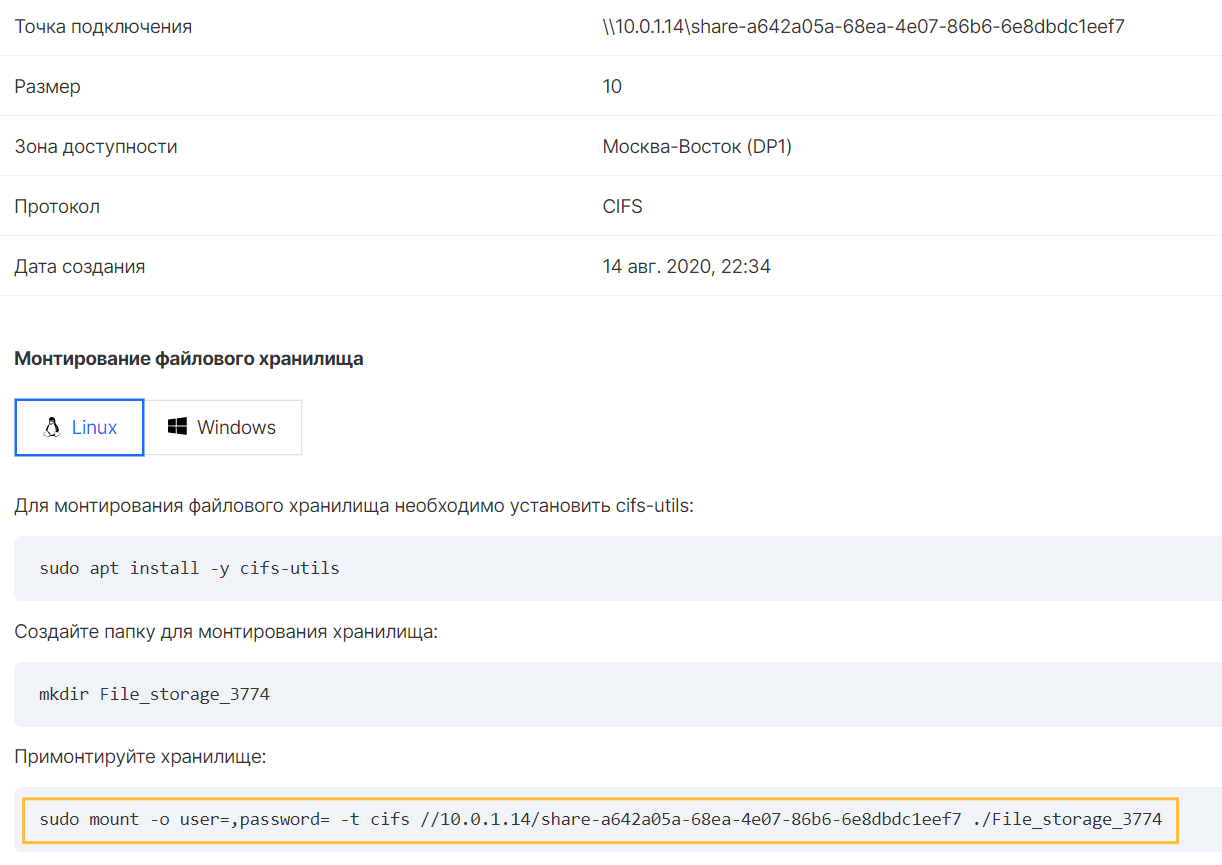