Creating and working with gpu

Solving tasks requiring large computing power is easier to carry out using cloud computing on the GPU. This reduces the time for research and waiting for results.

Depending on the type of tasks 1, a modern GPU server can replace up to 100 conventional CPU servers. This is achieved through different ways of performing tasks. The CPU is made up of multiple cores optimized for sequential processing, while the GPU uses thousands of smaller cores to efficiently process parallel tasks.

GPU-based cloud computing will take performance to a new level and significantly reduce processing time, while saving the company money.

Tariffication is per second. Rent and deploy computing power in minutes and turn it off as soon as you complete your tasks. Pay only for the actual use of resources with per-second billing.

Current rates can be seen on this page .

To connect, just send an application from the service page and (after confirmation) virtual machines with a Tesla graphics card installed will become available for creation. 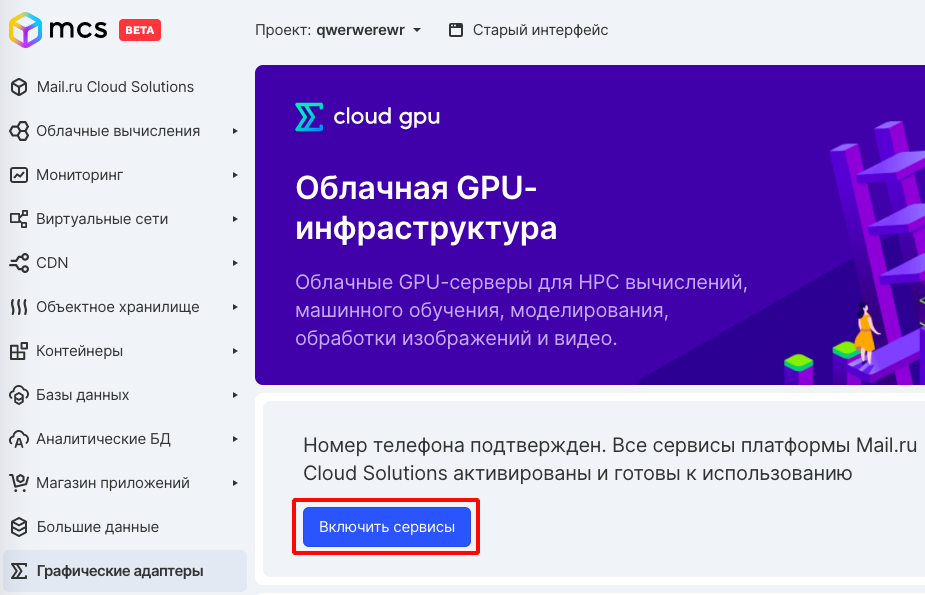 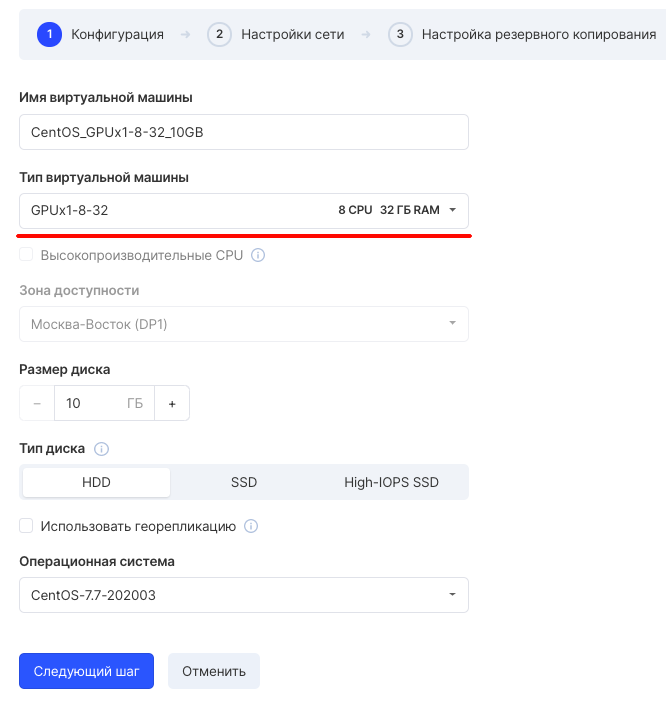